Hello there, I hope you are all well.
During June I've read a few books and listened to some audio books too. I'm reading A Dangerous Place by Maisie Dobbs at the moment from the library, it wasn't available as an audio book. It's part of a series and best to read before carrying on with the next book. 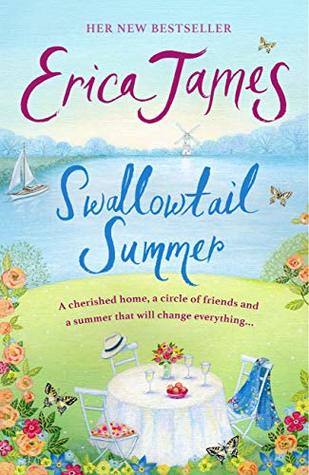 1st book - As soon as I saw Erica James had a new book out, I instantly ordered it from the library. Unfortunately there seemed a very long wait, so I took a look at the audio books and finding it available, I quickly downloaded and started listening to it straight away. I really enjoy Erica James' books. She writes books about relationships, in a nutshell, exploring complex relationships with personalities often stretched to the limit. See here for an interview with her, a Q & A session.

https://www.fantasticfiction.com/j/erica-james/  for more books by this author.

Linston End has been the summer home to three families for several decades. The memories of their time there are ingrained in their hearts: picnics on the river, gin and tonics in the pavilion at dusk, hours spent seeking out the local swallowtail butterflies. Everyone together. But recently widowed Alastair is about to shock his circle of friends with the decisions he has made - and the changes it will mean for them all... Can these friends learn to live life to its fullest?

Fans of Fern Britton and Katie Fforde will love escaping into summertime with this warm-hearted, uplifting story set in the beauty of the Norfolk Broads. 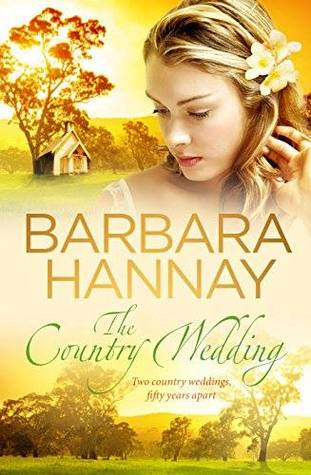 2nd book - I was browsing the audio books and was drawn to this book. It reminded me a little of Rachel Hore's books as there is a story from the past and a story from the present. I thoroughly enjoyed the story and can recommend it if you enjoy this type of story.

The heartwarming new romantic saga by the bestselling author of The Grazier's Wife.Two country weddings, fifty years apart … and the miracle of second chances In the tiny Tablelands township of Burralea, Flora Drummond is preparing to play in a string quartet for the wedding of a very close friend. The trouble is, she can't quite forget the embarrassing teenage crush she once had on the handsome groom.All is as it should be on the big day. The little church is filled with flowers, the expectant guests are arriving, and Mitch is nervously waiting – but his bride has had a sudden change of heart.
Decades earlier, another wedding in the same church led to a similar story of betrayal and devastation. Hattie missed out on marrying her childhood sweetheart the first time around, but now she has returned to the scene of her greatest heartache.As Flora is drawn into both romantic dramas, she must also confront a relationship crisis of her own. But the past and the present offer promise for the future and there's a chance for friends, old and new, to help each other to heal.From the rolling green hills of Far North Queensland to the crowded streets of Shanghai on the eve of the Second World War, this is a beautiful romantic saga that tells of two loves lost and found and asks the questions – do we ever get over our first love, and is it ever too late to make amends? 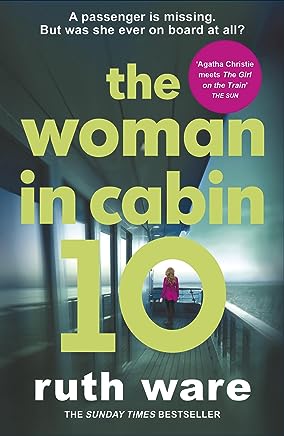 3rd book - This book was my choice for the book club, the book was given to me by Miss E (teen 1 girlfriend).
Everybody seemed to enjoy this book, which is always a happy bonus. It was an easy read, you wanted to find out what was going on. We had a good discussion about it too. There were several sites online with questions and I chose 6 ready for our meeting.

Lo Blacklock, a journalist who writes for a travel magazine, has just been given the assignment of a lifetime: a week on a luxury cruise with only a handful of cabins. The sky is clear, the waters calm, and the veneered, select guests jovial as the exclusive cruise ship, the Aurora, begins her voyage in the picturesque North Sea. At first, Lo's stay is nothing but pleasant: the cabins are plush, the dinner parties are sparkling, and the guests are elegant. But as the week wears on, frigid winds whip the deck, gray skies fall, and Lo witnesses what she can only describe as a dark and terrifying nightmare: a woman being thrown overboard. The problem? All passengers remain accounted for and so, the ship sails on as if nothing has happened, despite Lo's desperate attempts to convey that something (or someone) has gone terribly, terribly wrong.


The questions we used.

1) Did you like the book? The book was told from the first person, how would it have been if told from another perspective?


2) What’s the effect of having Judah and Lo’s e-mails and various news reports interspersed throughout Lo’s narration? Did they help you better understand what’s happening aboard the Aurora or did you find them distracting?

3) What were your initial impressions of Bullmer? Did you like him or were you suspicious of him? After a prolonged conversation with Bullmer, Lo says, "I could see why [he] had got to where he had in life." Why does she think that?

4) Do you believe Carrie’s story? How do Lo’s feelings change as she gets to know Carrie? Did your opinion of Carrie change as you read?

5) Who do you think is ultimately responsible for what happened to Lo? Bullmer? Carrie? Lo?

6) Was the ending satisfactory & will you read more by this author?

4th book - Another for the bookclub. Though only a handful read this book as it was an opptional extra, we had a reasonable discussion. It was a good story that started slow, I think the beginning was important in showing the heroines background and accounted for her naivity at times.

As war rages across Europe, one young woman is torn between love and loyalty.
Set in wartime London and occupied France, this is a thrilling story of love, danger and sacrifice from bestselling novelist Alan Titchmarsh.
It is the late 1930s when seventeen-year-old Rosamund Hanbury leaves behind the endless summers of her coastal Devonshire home for the fast pace of high society London.
Under the expert guidance of her formidable aunt, the country mouse learns how to act like a lady, hosting dinner parties and rubbing shoulders with Britain's most influential. And when the enigmatic Harry Napier sweeps her off her feet at London's famous Café de Paris she could almost forget that Britain has declared war.
But the Phoney War ends. Harry is posted, London reels from the first bombings of the Blitz and Rosamund suffers a devastating personal loss that leaves her all the more determined to do her bit for the war effort.
Joining the Special Forces she is sent to work alongside the Resistance on a top secret mission in France.
It is here that her courage and loyalty are truly put to the test. And where she learns that no one is what they seem: at home or abroad ...

The questions we used.

1) How was your read, did you remain interested in the characters in the story?

2) What did you think about the short quotes at the beginning of each chapter, did they add anything to setting a new chapter?

3) Why do characters in books 'have to die'? Celine, Harry, Eric. If you wrote a book, would you write a happy ever after?

4) When the story began, it told us about Rosamond's upbringing. After losing Celine, the development of Rosamond's character was impacted by the war.
Did you imagine a different 'turn of events' for her? eg she endured shock after shock throughout her whole life – parents death, sent away from her home, Celine and later Harry's employment.

5) Chapter 33 finishes by quoting – He is Hawksmoor and you Christiane de Rossignol … 'The Scarlet Nightingale'. Can you remember the significance of the book title, eg -why was it called the scarlet nightingale? 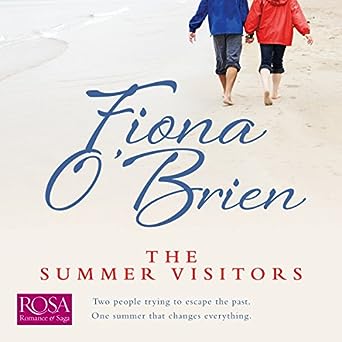 Last book - This was a good story, it had moments of a supernatural nature, that I thought it odd considering who was involved. I suppose it was a necessary part of the story, as all is not as it first appears. Fiona O'Brien has written a deep and thoughtful story where families have to deal with their past before they can move on.

Summer has arrived in Ballyanna, and so too has a mysterious visitor...

American documentary maker Daniel O'Connell is renting the beautiful Cable Lodge for the summer. He's hoping that three months researching an old cable station in a remote village on the south-west coast of Ireland will help him and his traumatised son finally move on from the accident that killed his wife.

Meanwhile local hotel owner's daughter Annie Sullivan has communication problems of her own to deal with. Home on sabbatical from her life in London, she's keeping a secret from her dysfunctional family and trying to save them and the hotel from their latest drama.
As summer draws to a close in Ballyanna, both Dan and Annie are forced to confront the pasts they've been escaping. But will they be able to grasp the future that lies ahead?

The Summer Visitors is a heart-warming story about love, second chances and moving on.

Have you read any of these books?
What book are you reading now and what made you chose it?
Do you have a favourite author that you've read most of their work?

Bye for now.
Have a good week.
Cathy x

Things I talk about